Thinking of you this sultry summer night, I see fireflies. When I was six, I darted from myMidwestern front porch to capture them in a mason jar, poking holes in the tin lid with my father’s can opener. I didn’t understand they might be dead by morning. All I cared about was the light. Wanting to chase it, capture it.

I’ve learned more since then. Fireflies produce a cold light, a luminescence without heat, to attract a mate or prey. You did both with flash and sparkle. Brilliant mind, dazzling smile, fiery touch—with you, I was six again, all chase and capture. Only caring about the light, not thinking about what might be dead by morning.

The first time I saw Caravaggio’s painting Conversion on the Way to Damascus I, like St. Paul, was thrown from my horse, struck dumb by the light. I was standing in front of the painting in Santa Maria del Popolo in Rome. I’ve learned more since then, about the life of the body, the nature of light, and Caravaggio—how he prepared his canvases with a pigment from the powder of dried firefly wings. Like me, all he cared about was the light. 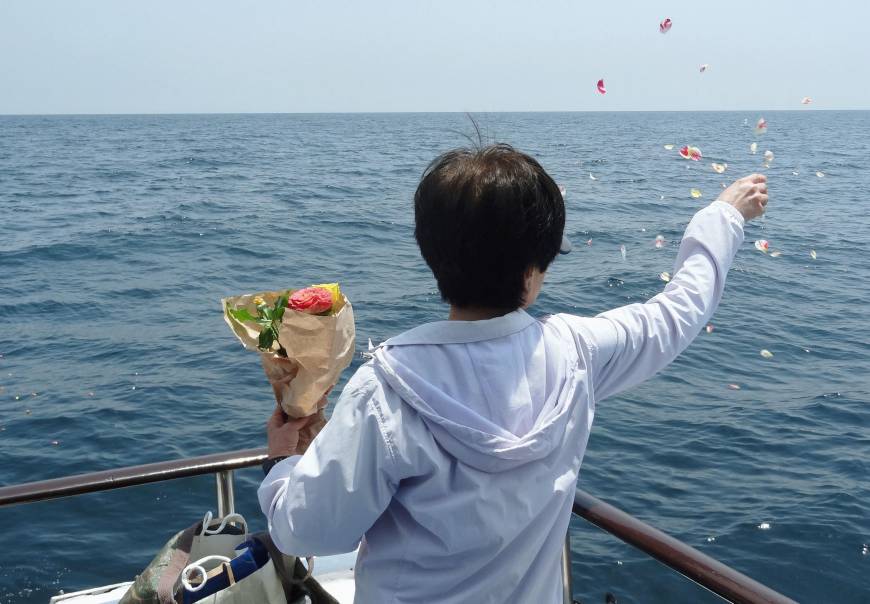 KEEPING FAITH
there is no jangle
no chaotic push
to please or prove
no muscly need
to fix the sadness
or cure what’s broken
my mother’s ashes drift
through wind and sound
then settle on the pond around me
is all my body’s yearning
for her?
______________
Susan Flynn has been published i Late Peaches, An Anthology of Sacramento Poets; No, Achllles, An Anthology of War Poetry; Tule Review, Oberon Poetry, and Cosumnes River Journal. She has attended several writing workshops and studied with Mark Doty, Carl Phillips, Susan Kelly Dewitt, Fenton Johnson, Kate Asche, and Pat Schneider. Susan has her BA in American Literature and her PhD in Clinical Psychology, and currently works as a clinical psychologist in private practice and a university professor. She lives in Sacramento and enjoys fly-fishing, writing poetry, photography and hiking.

Sailing the black milk and syrup
over León, you sleep on my arm,
which was made for your sleeping.

Guanajuato highway, runway, roll
the vessels into one. A mountain’s down
there, broadcast antenna. Hear your dreams

through rental headphones—volume
soft. Your grandfather’s finger across
the mesa, he tells you your shaken past.

How you took your shelling of parents
for granted. The moment you laughed,
the whole room stopped to hear. Here

is a different world, he utters. The clouds
no longer arrive for free. Ours, a world
for maxed voices, muted logics,

clear vices: a corporate warming.
With everyone a leader, there are none
to heed orders. Louder, whispers:

There’s something to always creep
towards. I wonder, then, what’s slashing
your brakes as we reach it? 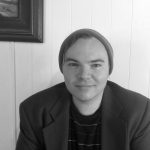 AJ Urquidi  At times representing Monterey, Los Angeles, and NYC, AJ Urquidi is a heterogeneous poet and editor. His writing has appeared in various journals, including Faultline, Verdad, Chiron Review, RipRap, and DUM DUM Zine. A Gerald Locklin Writing Prize recipient, AJ co-founded online journal indicia and has led workshops at Cal State Long Beach and Beyond Baroque.
They Have Named My City a Hundred Times
Once for a woman with golden hair,
and once for the spirit hills rising
to the west. They have called it after
a species of bird that flocked in the
pine-rich woods, but hasn’t been seen
for a lifetime or two. A king named it
for his dog, another for his horse,
a third for a gleaming ship that brought
a Bronze Age army to its shores.
It’s been named for generals and queens,
businessmen with large mustaches,
for castles, cathedrals, and banks.
One time it took its name from some
great, roaring inland sea that turned
to sand thousands of years ago, leaving
fishbone fossils in the sedimentary rock.
Every street has had a hundred names –
Pear Street became Lion Street, and then
Flood Way, or Disaster Boulevard, and when
the smoke cleared, The Avenue of Curses and Remorse.
____________________
Steve Klepetar lives in Saint Cloud, Minnesota. His work has appeared widely in such journals as Chiron Review, Red River Review, and Muddy River Review, and has received several nominations for Best of the Net and the Pushcart Prize, including four in 2016. Recent collections include Family Reunion, A Landscape in Hell, and How Fascism Comes to America.
IF I HAD KNOWN
If I had known,
I would have paused the
Sacred moment that we
Spend to spent, when the
Haze of your love
Cluster my heart like a
honeycomb.
If I had known,
I would have travelled
Through the path of time,
Just to be with you.
If I had known,
I would have been to
The sorcerer, to cast
Your aroma of love on me.
If I had known,
I would have sat with you,
Day and night, to dance
To the rhythm of your heart.
If I had known,
I would have drank
From the fountain of
Longevity, just to be
Aged with you.
If I had known,
I would have visited
The sky-
To see the star-gazer
Just to realigned our stars;
To see the moon
To aglow our faded dreams;
And
To see the sun
Just to fetch rays to
Reignite our faded love.
If I had known,
I would have listened to
The gossip songs of the
Whirling winds, chanting-
Never sow all your seeds
In on farm.
_________________
Sanni MonsuruAdetunji 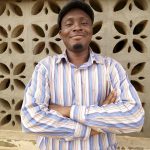 for shiny metaphors.
They gnaw my lines, bring garbage,

fill everything with crumbs, and footprints,
I’ll have to clean it all up.

―At least they’ll have a place to spend winter―
I’ll insert similes of oats,

something about the Easter Bunny
and cheese. By spring my villanelles

will be full of fat happy woodrats
celebrating Pasch. Yes, my life a map
tracing rivers and prairies

with the poems of Lorca.
A life feeding off the night songs

of gypsies.
I own a large house

the patio, streets loaded with
wars I prefer to forget.

The days of my life made
flamenco and duende,

cartography without guns glued
to my head. 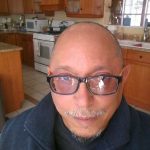 2016/17 Best of the Net nominee. His poems have appeared or are forthcoming in Valparaiso Poetry Review, Drunk Monkeys, Algebra Of Owls, Free State Review, and The Paragon Journal. His chapbook, An Animal Resembling Desire, will be published by Finishing Line Press.  He is currently working on his first full-length collection of poems, Elephant Graveyard.

when the hot boy in the tv show steps forward
and shakes his long, wavy hair i have to ask my friends
is he the love interest? because i don’t get it
his standard of beauty is ugly to me
like ethan craft in lizzie mcguire
i never understood what his fascination was
with his own hair
shaking it every five seconds
like he was freeing it of dirt
after a day at the beach
only they lived in middle america
or some shit

who cares
the point is

and it isn’t until years later that i realize
that my taste in men is limited
to jewish and asian boys
while my taste in women spans everything
and there were plenty of pretty girls on tv
but the boys
just weren’t
there
Author Bio: Gabrielle Lee is a California-based writer and editor. She has a BFA in Dance Choreography and a BA in English from 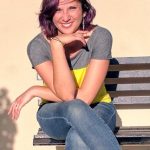 the UC Irvine, and an MFA in Creative Writing from Eastern Washington University. A past Managing Editor of Willow Springs and now working for the government’s space program, Gabrielle writes and edits by the candle of the night (sometimes literally). Her first novel, COMFORTS WE DESPISE, is forthcoming from Zoozil Media in 2018. Find more of her work on her website, riewrites.weebly.com, or shout at her on The Twitter @yesrielee.

This year, The Ovitt Family Library in Ontario, California asked The East Jasmine Review to collaborate on a National Poetry Month project to feature work done by poets in the geographical area adjacent to the library. With this in mind, East Jasmine Review chose poets with ties to Southern California’s San Gabriel Valley, The Inland Empire, and Palm Desert. On the heels of Women’s History Month, we also decided to feature women poets with strong times to community organizing and grassroots activism. The library asked us to select poems along the theme of “Lost & Found,” which gave us room to include transnational work, disability justice work, and work around self-discovery. We hope you enjoy the poems we have selected in partnership with the library. We’d also like to thank our favorite librarian Lauren Candia Salerno for reaching out to us for this special project. Read the poems below the cut.