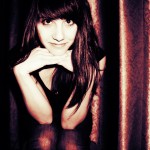 Charlotte San Juan is an internationally published poet who also pours herself into creative nonfiction. She started off in California with a piano and a cat, but left them behind for a bunch of ‘what ifs’ and some solid Shanghainese street food.Her poetry has been published in Solo Novo, Turbulence, Bank-Heavy Press, Gravel Magazine and a list of other good ones. You can check out her poetry and creative non fiction via charlottesanjuan.wordpress.com. 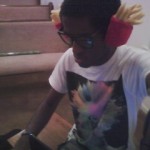 Anthony L. Isom writes young adult and children’s fiction. He also volunteers regularly as both actor and stagehand at the local Croswell Opera House in downtown Adrian, Michigan. Currently, he is working feverishly toward joining his literary voice with the millions of others speaking to young people worldwide. “As is a tale, so is life; not how long it is, but how good it is is what matters.” 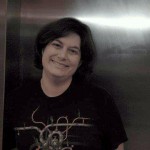 Candice B. Green writes young adult fiction in beautiful Oregon. Her work has been published in the East Jasmine Review.  She is a member of the RWA and meets with the Rose City Writers, the local NaNoWriMo groups and any other writers will to get together and create. 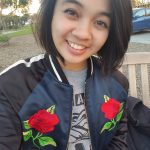 Rozlind Silva is a spoken word and slam artist from Los Angeles County. As part of her involvement in Say Word LA, she performed and competed in the international youth poetry slam, Brave New Voices (BNV). Additionally through Say Word LA, she worked to encourage literacy and art skills for students in inner-city schools. Competing twice at BNV, she also worked as an editor to former Youth Poet Laureate Amanda Gorman and her magazine OnePenOnePage. Rozlind’s poetry appears on Russell Simmons’AllDefDigital Youtube channel. She was additionally awarded Runner-Up Youth Poet Laureate in 2015, and has served twice as an official Youth Poet Ambassador in Los Angeles County. 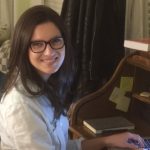 Julianne Carew writes new adult and literary fiction. She is currently trying to find a home for her first novel, Why Paintings Fall. She lives in the Los Angeles area, but travels all over the world collecting stories. Her work is featured or forthcoming in The East Jasmine Review, Literally Stories, 805 Literary Magazine, Bewildering Stories, and in numerous anthologies. 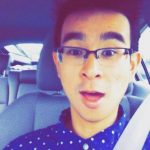 Eric Nguyen has a MFA in creative writing from McNeese State University and BA in sociology from the University of Maryland. He has been awarded writing fellowships from the Lambda Literary Foundation and Voices of Our Nation Arts (VONA). Since 2013, he has been a Contributing Writer to diaCRITICS.org, where he reviews books. His fiction has been published in Apogee, The New Engagement, and The Mondegreen. Visit his website: www.youfightlikeannerice.com. 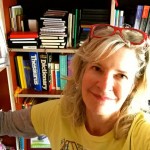 Descended from Norwegian plumbers on one side, and broke bohemian Russian aristocrats on the other, Stephanie Barbé Hammer has published short fiction, nonfiction and poetry in The Bellevue Literary Review, CRATE, Pearl, East Jasmine Review, Apeiron, and the Hayden’s Ferry Review among other places. Stephanie’s prose poem chapbook Sex with Buildings, appeared with Dancing Girl Press in 2012. Her 2014 collection, How Formal? is available from Spout Hill Press. Her first novel The Puppet Turners of Narrow Interior is forthcoming from Urban Farmhouse Press.