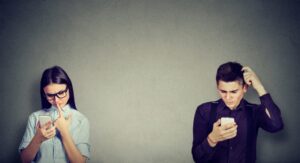 Word was the guy stole hearts. A recent slew of murders had everyone on the boulevard talking.  Five girls had been found dead, their hearts neatly cut out but with no signs of any external incision, as if they had simply been born without this vital organ. No one even knew the heart had been taken until the autopsy. I thought the story was bullshit. Still, five girls were dead and maybe I could be next. I asked around about who the john might be, but no one knew what the guy looked like or what he was into. This isn’t the safest job, but the lack of information made me feel more vulnerable than ever. Lots of girls were taking it easy. I wished I could have done the same, but I had a rent check due at the end of the week and not nearly enough money to cover it.

It was a slow night, and I was one of the only girls out. I pulled the collar of my coat over my nose to keep the cold wind from burning my face. I was ready to walk home when a guy carrying a small duffle bag approached. He looked around nervously as he caught up to me.

I uncovered my face and smiled at him and relaxed as much as I could without letting my teeth chatter. “Baby, I’m a sure thing.”

He blushed. “I was hoping that.”

I stepped closer to him, eliminating the space he left between us. We were close enough then that the steam of our breath mingled as we continued the conversation.

An incredible shade of red spread from his collar to his hairline.

I smiled. I have a thing for the shy ones.

“It’s okay,” I softly stroked his cheek. “Tell me what we should do tonight.”

He struggled to get through the details, pausing and lowering his voice for words I imagine he didn’t say out loud too often. All he wanted was a night with no talking and no questions. He just wanted me to follow instructions.

“I don’t know, kid. That’s not really my specialty.”

“I can pay,” he blurted out with an almost frantic look that quickly passed from his face.  “Anything you want. Up front even. Right now.”

I couldn’t refuse at that point. I took care of rent right then and there.

We got a by-the-hour room. He asked that I undress in front of him. At first, I made a dance of it. I imagined a smooth saxophone playing in the background while my body slithered out of my top. I opened my eyes to see what effect I was having on this guy. It pissed me off to see he wasn’t paying attention. He wasn’t even looking at me. He was just sitting on the edge of the bed, examining his hands and rubbing them together. I stopped with the theatrics and shed the rest of my clothes. I waited for his next order, all the while keeping an eye on the clock and reminding myself that rent was due.

He gave my body a quick look up and down before he stood from the bed. He held my face in his hands, brushed my hair behind my ears, and kissed me. His lips tasted bitter and my tongue went numb. I wanted to push him away, but he grasped my head and pressed his lips hard against mine, keeping my lips open. I got my arms between us and tried to get some distance, but he wouldn’t let go. My mind went into panic mode. I tried to scream but I couldn’t make a sound. It felt like my entire body was turning into stone. I couldn’t fight back. When he finally pulled away, I was helpless and immobile. My hands were frozen in front of my chest, palms out. My eyes were wide and unblinking. I became a grotesque statue.

He carried me over to the bed and laid my body down. He rolled me on my back and pulled my arms down to my sides. I don’t know how much it matters now, but he did all of this with an unexpected gentleness. He was about to push down my eyelids but then he stopped. He hovered over me, studying my face. He stroked the side of my cheek and whispered a name. Something with an A. He left my eyes open. I realized that I would have to see everything as it happened, and the first tear fell.

He moved out of my line of sight, but I could still hear him moving around. I heard the shuffling as he moved away from me and the canvas of his bag rustling as he stepped closer. The mattress bounced with the added weight of the bag and I heard a zipper unfasten. When the guy came back into my view, he was still fully clothed and holding a jar. He unscrewed the lid from the jar, and the chemical smell of the liquid inside was so strong that breathing in became another kind of torture.

He straddled me and stroked my cheek one last time. I was breathing hard as he put his hand on my chest. I wanted to fight. I wanted to make him hurt. But I never got the chance. My chest burned and I felt some pressure as his hand went through my skin. My body instantly went cold and I never breathed again.

The burning served to both cut away and cauterize the arteries. The heart pulled easily through the rib cage and out of my body. He eased my heart into the jar with such care, making sure to wipe the edges of the jar clean before fastening its lid. He sat there examining the specimen from all angles with a look of awe on his face. He seemed so far away as he twisted the jar around. Then he must have realized that too much time was passing because he returned to my body. A burn scar was the only evidence of foul play that remained. He glided his hand over the scar, and with each pass, the skin healed until it looked as if nothing had ever happened. So there I was, Number Six, and the man who stole my heart got away.