Of course it’s him.

It takes only a second to cycle through the rolodex of my mind and match the name with the face. Stanley. Jones. Name as bland as the gray suit he wears. I stammer, I almost tangle my feet.

“Danny?” He says my name like it’s up for debate. In another life, I would have simply walked out of the room.

We stand in his fancy office, windows overlooking the bustle of K Street. He’s done well for himself: the executive desk, framed degrees, the plastic plants. All the signs point to the level of upper-management where you’ve been successful enough to just coast by the rest of your career. Stan’s got that pleasantly plump build, his face soft and his hair fully grey. He looks like somebody’s dad. On his desk sit a trio of picture frames featuring his wife and children. They arch out like a ward against evil.

“Jesus, Danny. It’s really you, isn’t it?” He thrusts his hand at me and I hesitate before shaking it. “I had no idea!”

Who’s he trying to fool? I’m here for a job interview and my resume is spread eagle on his desk. It clearly lists where and when our paths have crossed.

Liar. I’m thicker in the gut with a receding hairline and crow’s feet. My blazer is borrowed. And ill fitting. I got a tattered JanSport backpack holding my portfolio: over a decade’s worth of web designs and marketing kits and anything else I could think to throw in. I don’t just want this job. I need this job and I’m trying not to show it.

We’re still shaking hands after several seconds, like a test of willpower to see who will let go first. Stan’s face is jubilant. “Do you still keep in touch with the others?” he asks. The corner of his mouth starts to twitch while I try to guess which names he wants to hear. “Didn’t think so,” he says. “That’s a shame. We’re lucky if we find a group like that once in our lives.” Then comes the silence. He let’s go of my hand. “So, what have you been up to all these years?”

I hand him my portfolio, take my seat, and watch him toss it aside. “Straight to business. I like that,” he says.

The way he acts would make you think this interview was just a formality. He starts with the most banal questions: Where do I see myself in five years? How do I overcome challenges in the workplace? He feeds me each answer. The design department, he assures me, is self-sufficient. It just needs a manager to ensure deadlines are met. My portfolio remains untouched.

The way Stan speaks is rehearsed and phony and full of generalizations. Soon, he quits asking questions altogether, talks about the company like it’s one of those ominous evil corporations straight from an 80’s sci-fi flick. And he’s just one of the henchmen. When it’s obvious he’s lost my attention, he knocks on his desk to bring me back in. His hands are large, well manicured nails with age spots around the knuckles.

To think, he used to make my cry with those fingers.

My last vivid memory of Stan, eighteen years ago: he was spit-roasting me with another one of his chums in the back of the Greenpeace outpost. I was sprawled over a table among random papers and Styrofoam cups, the three of us sweaty and stoned and out of our minds.

“I’m doing this for the planet!” I hollered and both of them laughed before they put me back to work.

This was back during my political days, when I was a twenty-four year-old professional intern, ready to get elbow deep in whatever cause would take me on. This was when Stan was a bushy-haired organizer, a guy who knew how to motivate. His friend – another one of the foot soldiers, the kind who rotated in and out whenever it was convenient.

Back then, every week was about signature collections and databases and long strings of credit card numbers. I never knew what became of all this data. I started in Stan’s office because I needed work experience and a reason to live in the city. I stayed because of the people and the drugs and because together, we were humanity’s last stand against environmental annihilation. How many nights did I spend in the break room, talking about carbon emissions and big business schemes, conspiring against the enemy and “motivating” the allies. I thought, as long as we didn’t save the world, this could go on forever.

The job interview doesn’t just end, it fades out slowly. Before I know it, Stan is talking about the good old days, lamenting the loss of lower rents and the late night parties. But what he really means is he misses his youth. I was once part of it. He wants to know when I became a graphic designer? Where am I living these days? Do I still go out to the bars on 17th Street?

“Tell me something,” he says. “Something dangerous and true.”

I say, “The oceans are rising at a current rate of 3.3 millimeters per year.”

He pauses and forces a chuckle. That’s no longer his department. “Oh we had fun back in those days. Now it’s just work, work, work.”

I look back at the family photos: the two little boys in matching bow ties and monstrous grins. The wife looks … sweet. I grimace. It’s involuntary.

“You know I can’t hire you,” Stan says. His voices dips back to that cold informality that years ago I grew to detest. He’s not supposed to say that. “I’m not supposed to say that,” he says. “But I don’t want to string you along. The thing is I see you as a doer, not a manager. You understand that, right?” He gives that tilted-head sorry look, because I should have understood the moment I walked through his door. “We do take on freelance work. I can send your portfolio to the marketing department.”

He wants me to stay seated, to barter for the job. Just like I did when the internship ended. That was a terrible day. He sent me home, back to Kansas City, without so much as a letter of recommendation. Now, I don’t take the bait.

All I can do is let it roll off me with a shrug and explain that I have enough freelance work. But what I want to tell him is that I need the health insurance, the 401K, all the stability I should have had while doing the odd jobs that people like him leave unfinished.

“There’s a happy hour next week. You should come with me. I’ll introduce you to a few people. Sometimes, it’s all about who you know.” Asshole. He knew what he just said. “Let’s talk about it over drinks. My treat.”

He extends his hand again. I do not take it, but then I do. He’s all transactional, ugly and charming.

I’m sure we remember the good old days very differently. For me, they were full of men like Stan, who believed compromise equaled defeat, so they set the bar low enough so they wouldn’t have to do it. They were the ones who hired me, used me like a sponge and sieve for their momentary fascinations, each one ending up as a trophy line on my resume. When I shake Stan’s hand, I feel all of them there asking in unison, “Didn’t we use to play together?” As opposed to work.

____________
Jonathan Harper
is the author of the short story collection Daydreamers (Lethe Press), which was a Kirkus 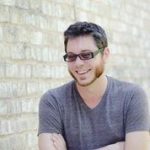 Review’s Indie Book of the Year for 2015. His writing has been featured in such places as The Rumpus, The Rappahannock Review, Chelsea Station, and in numerous anthologies including The Best Gay Stories series. Visit him online at jonathan–harper.com