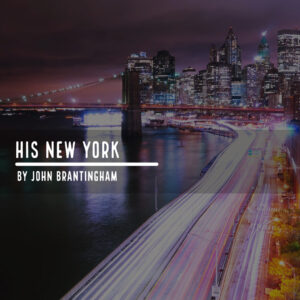 His New York
by John Brantingham

My father chose
my first and middle names
because they were
the two most popular names
that year, and he never wanted
me to feel like an outsider,
a moment of kindness
from an American man
whose son was being born
in a hospital in the Netherlands.
These were the days
when fathers waited outside
while mothers gave birth inside,
and I imagine him
with the cup of coffee
that was always in his hands
staring out at the rain
and sea or the endless flat fields
that were so different
from his New York,
talking to people who spoke his language
because he couldn’t speak theirs,
and worrying that his son might feel
what he was feeling right then.
Now I’ve moved back to his New York
after having lived most of my life
east of Los Angeles,
and the snow is falling,
and the copse of trees down the road
are all birch, I think.
Maybe he walked these woods
when he was young.
Maybe he liked to wander
out into them and follow
the deer tracks as they wended
through the trees and off along the hills.
I like to do that too. 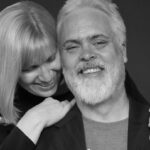 John Brantingham was the first poet laureate of Sequoia and Kings Canyon National Park. His work has been featured in hundreds of magazines and in Writer’s Almanac and The Best Small Fictions 2016. He has nineteen books of poetry and fiction including his latest fiction collection Life: Orange to Pear (Bamboo Dart Press).